Tree lopping Gymea Our A grade climber Alex removing an extremely dead and dangerous Eucalyptus in Gymea. The tree wasn’t safe to rig off with no EWP or crane access so he had to scarf small sections into a nearby pocket of bush 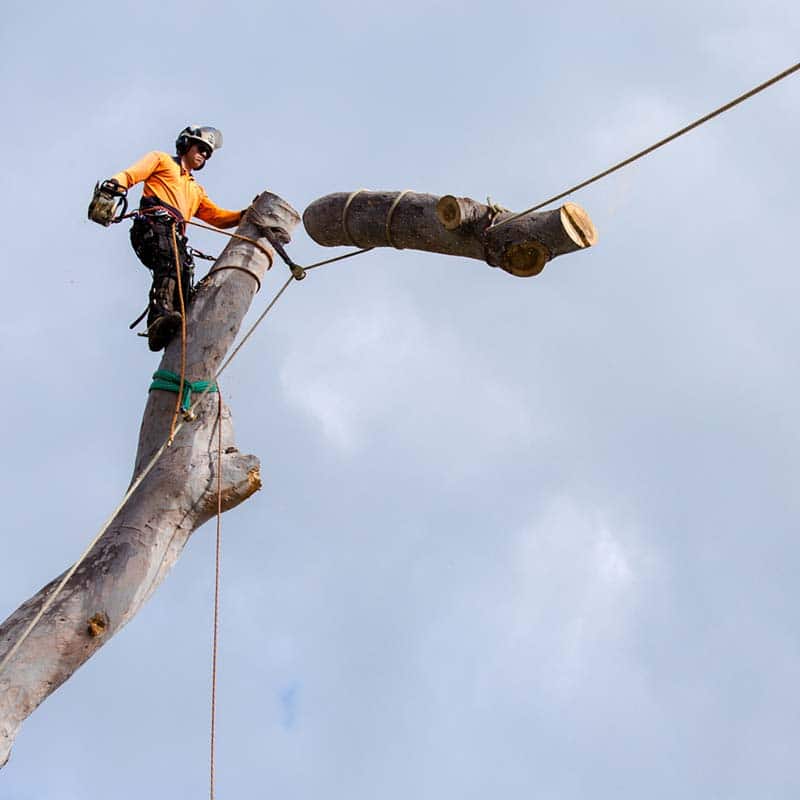 Tree Removal Oyster Bay Our Level 3 Arborist Chad removing a large difficult Angophora costata in Oyster bay, Sutherland Shire. We use a device called a friction drum which the rope feeds into and runs through a series of slings and pulleys to absorb the weight and allows us to carefully lower the sections of the tree 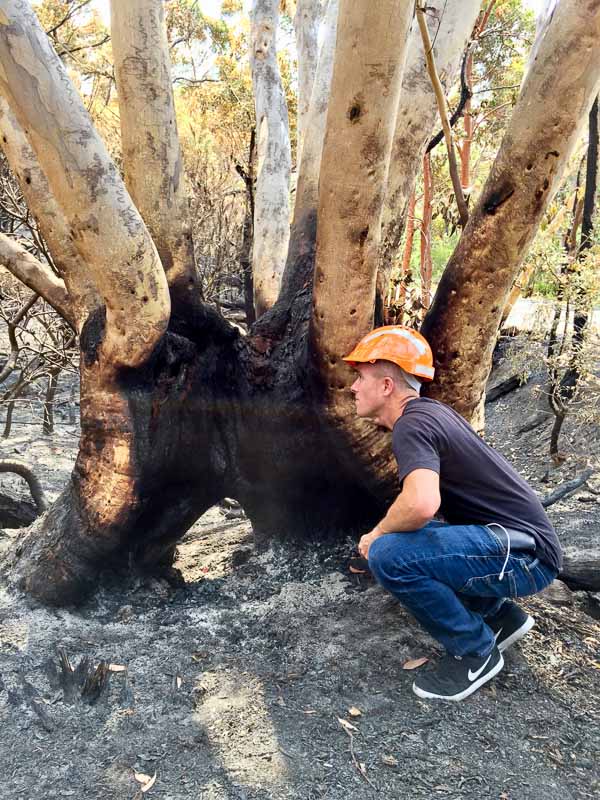 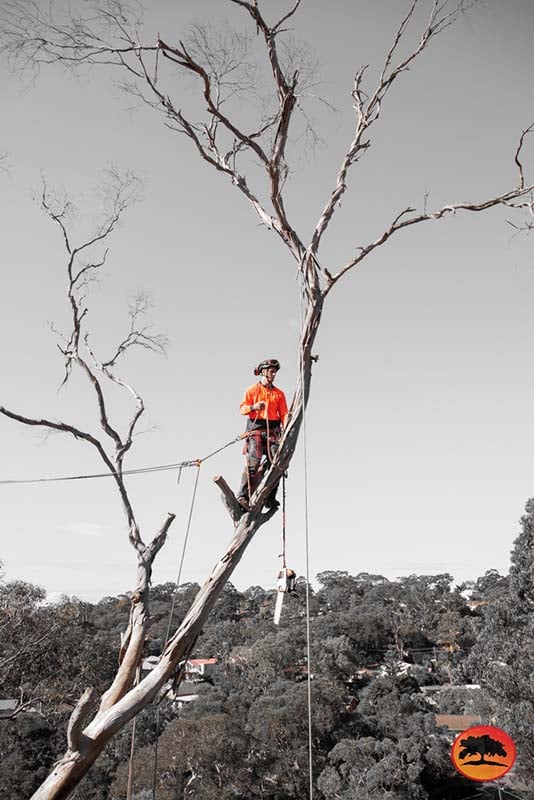 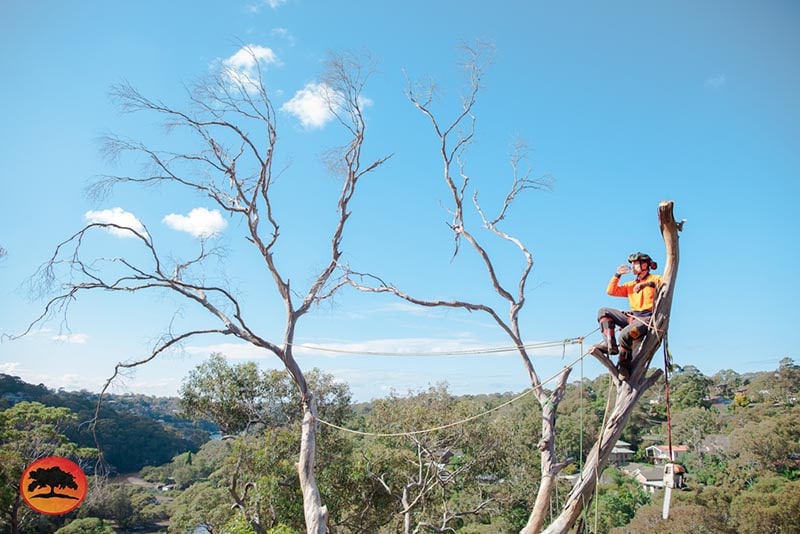 Josh having a little breather during removing this large dead Eucalyptus at Grays Point, Sutherland Shire 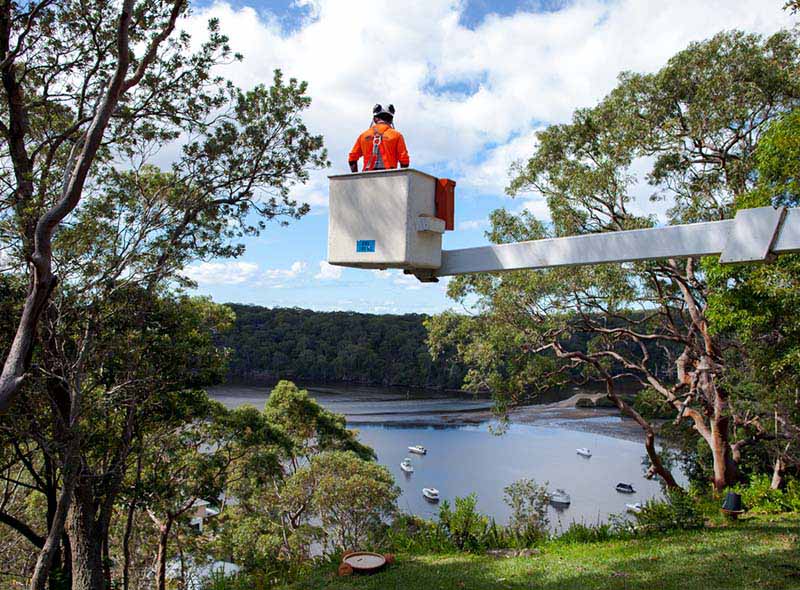 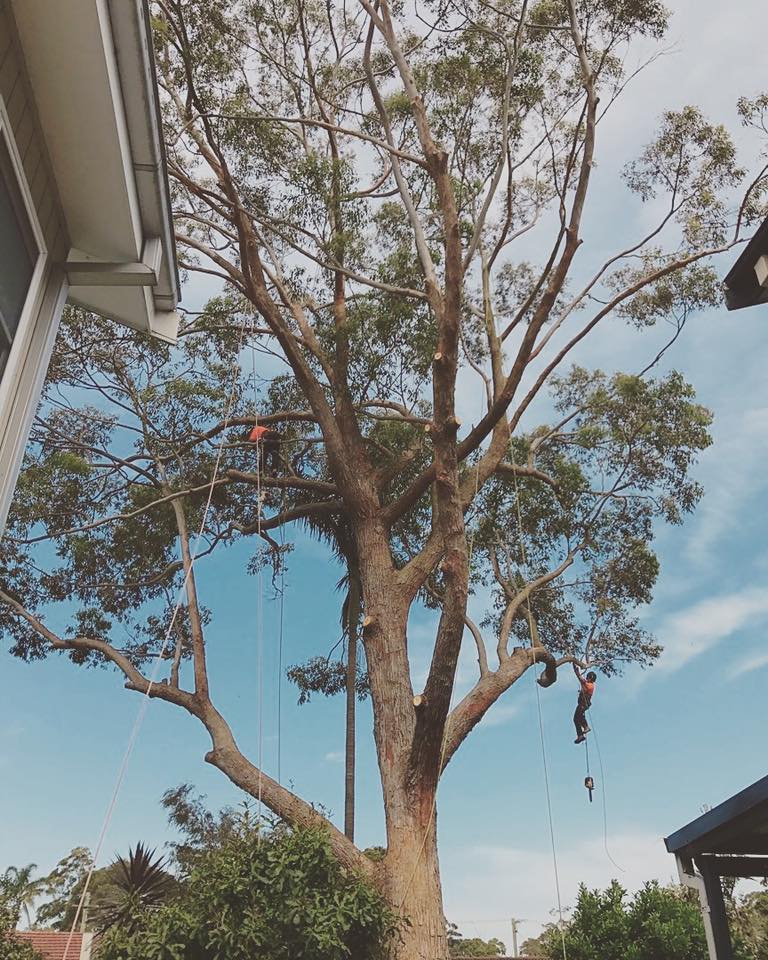 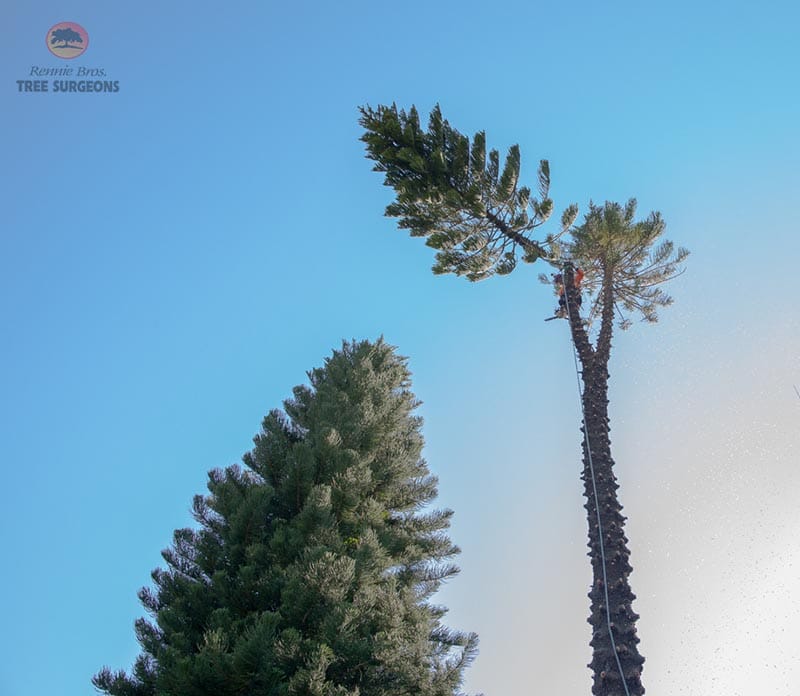 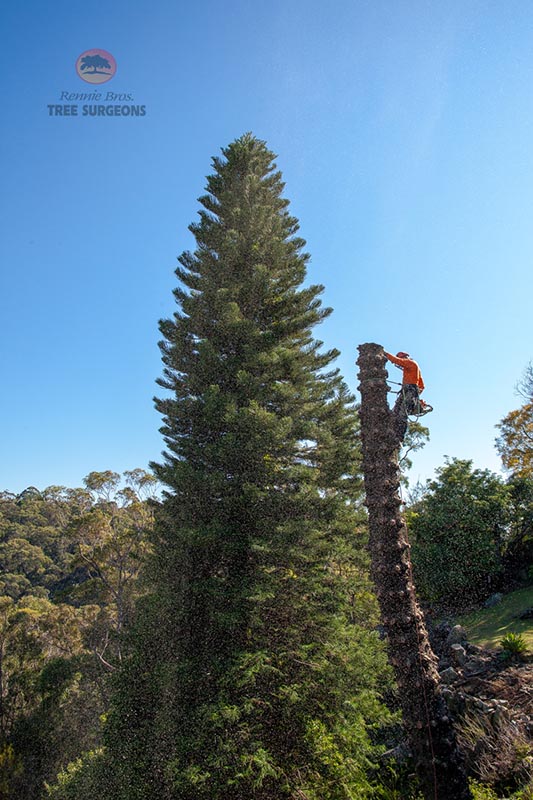 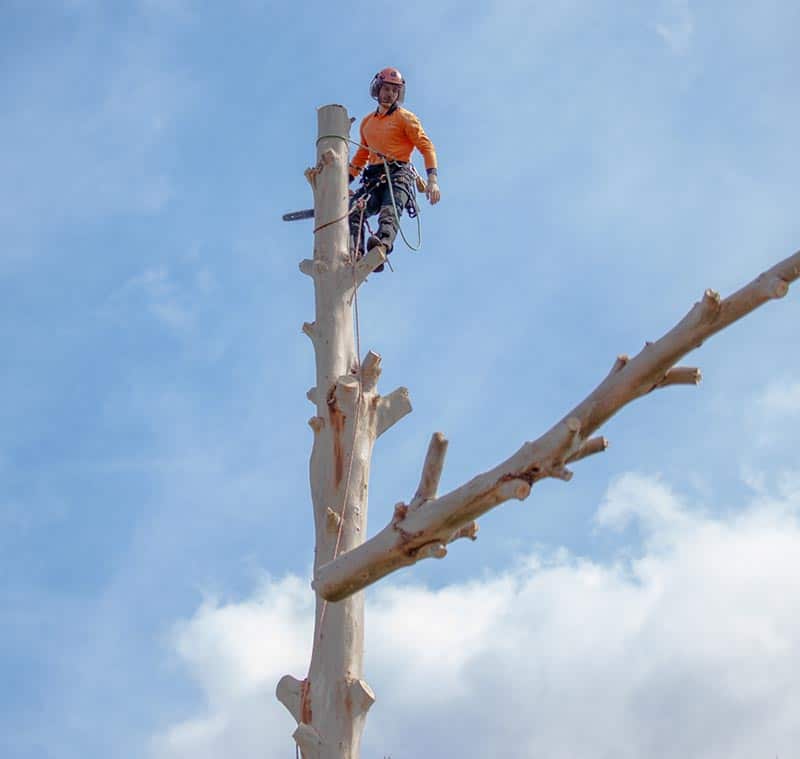 Our newest Arborist to join the team. Oliver Killick from U.K scarfing the head out of a huge flooded gum in Yowie Bay. Image by Owen Rennie Driftwood Cinema 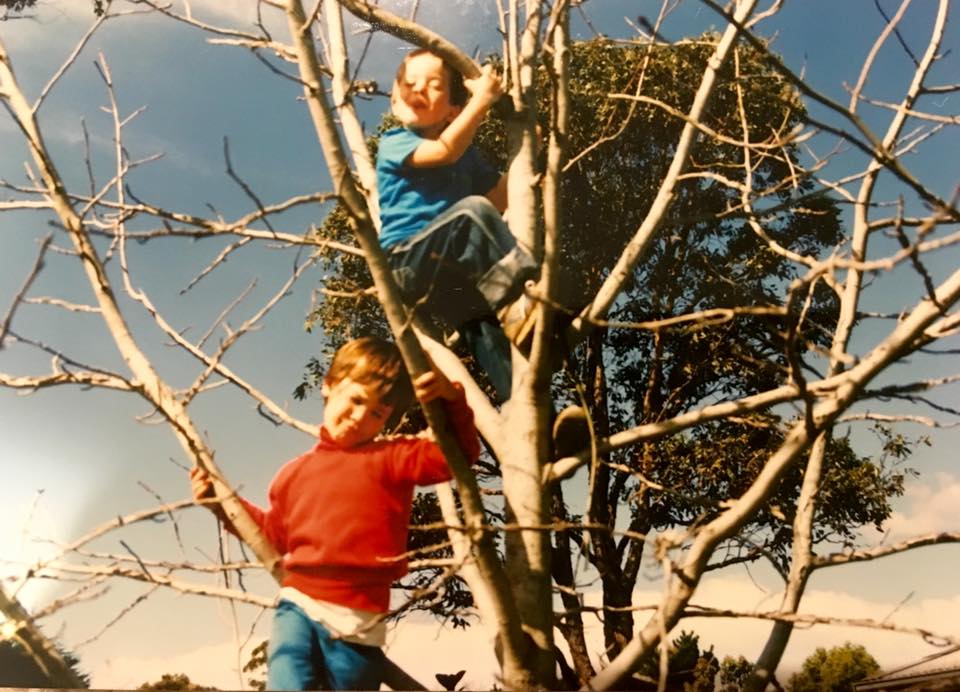 People alway ask us “Did you guys love climbing trees when you were kids”… Well yes we did. Pictured above, Stuart Rennie (Top) & Owen Rennie (Bottom) climbing a tree together in Sydney in the 1980’s.  Our time these days is usually spent sitting in front of a computer writing out quotes or Arborist reports but every now and than we still like to throw on a harness and climb a tree or two! 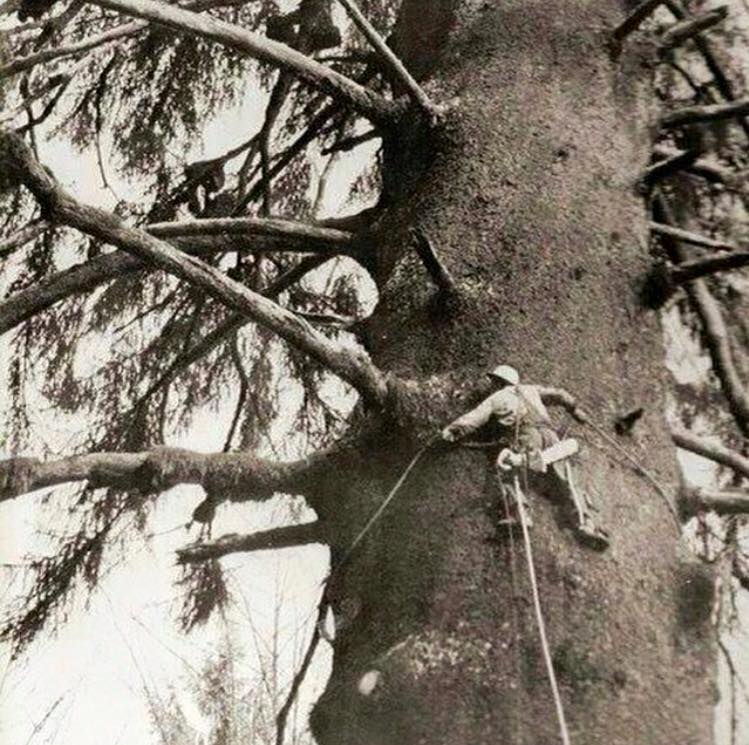 One of the most impressive Arborist pics ever captured. An early 19th Century Tree logger climbing a huge Sequoa in California. 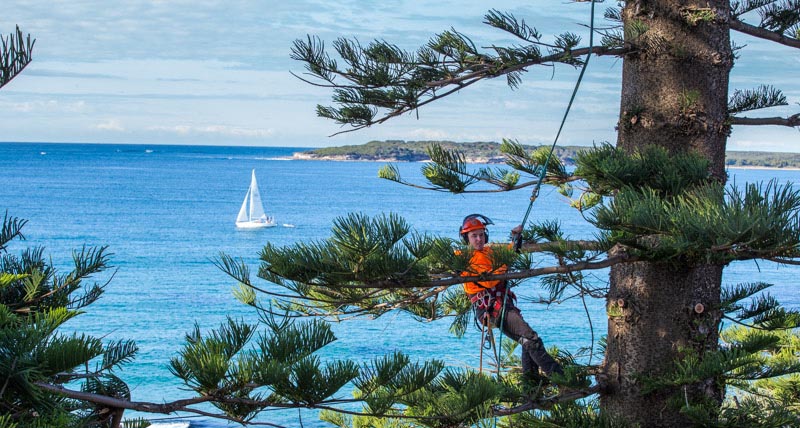 In 2015 we were called in to thin the huge Norfolk Island Pines on the Esplanade near Shark Island in Cronulla. Whilst the boys climbed up these 100ft monsters i made myself comfy on the roof of the nearest building and directed the thinning and took a couple happy snaps! Image by- Owen Rennie Driftwood Cinema 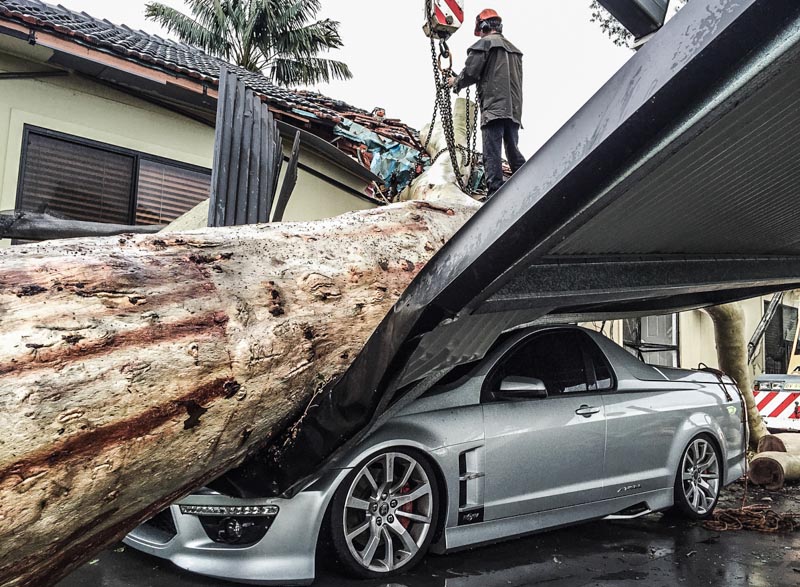 This above Arborist Pic was on an emergency tree removal Sydney in 2015 after a huge storm swept through Sydney. The climber (Mic Shacker) is seen assessing the damage before lifting the fallen tree off with a 50Tonne Crane. Luckily for the brand new Maloo ute it only suffered minor scratches thanks to the house taking most of the impact 🙂  Image by- Mic 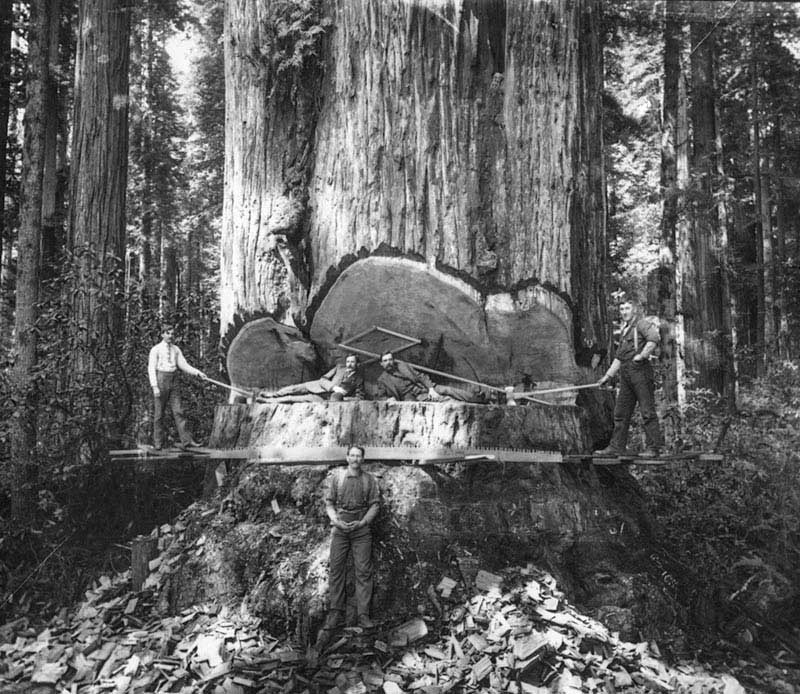 Arborist Pics of Tree loggers from the early 19th century way before the days of chainsaws. These men had it tough, labour intensive and dangerous work, it is estimated that 1 in every 150 tree loggers were killed. R.I.P 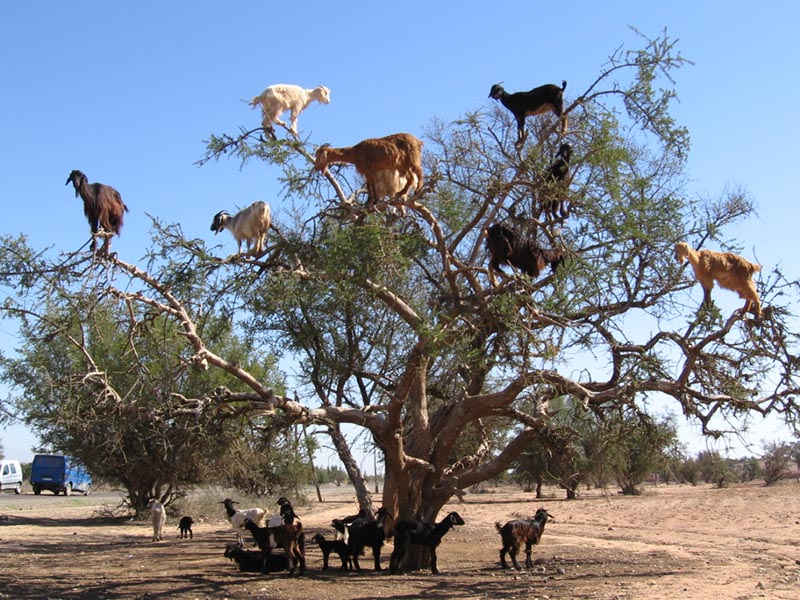 The Tree Goats of Morocco.The Argania tree is a rare and protected species found in Morocco. The trees produce a fruit which these goats can’t get enough of and so they have adapted to climbing the trees. The farmers who farm these trees use the nuts inside the fruit to make Argan Oil, but these goats eat most of the fruit, however luckily the nuts are left in the goats poo ready for the farmer to collect and grind up into oil! Image- Unknown